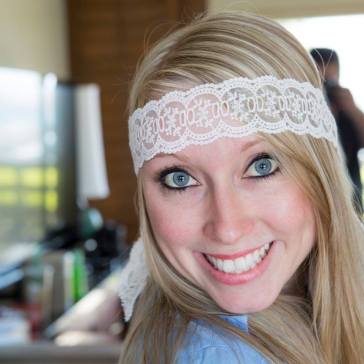 I Said God Damn! is a true crime podcast hosted by two besties, Stacey and Erin, with the occasional guest appearance from Erin’s dog, Karl. Listen every Sunday where they try to one up each other with the craziest true crime/mystery stories that make the world say, “GOD DAMN!”

How the Hosts Became Besties

Erin and Stacey have been best friends since high school where they shared several classes together, one being gym class. Erin was always athletic and could run a passing mile, where Stacey was always lazy and attempted to pass mile day with a brisk walk. Seeing Erin’s ferocious speed, Stacey decided one faithful day to keep pace with Erin’s run and in trade provided running entertainment in the form of song and poetry. Their class mates stared in awe and wonder as the duo sped by singing “Sunshine Day” as made popular by The Brady Bunch, and quoting the ever-scholarly Dr. Seuss poem “My Hat is Old. My Teeth are Gold.” Over a decade later the two have only gotten weirder. Always being told their friendship is like a reality TV show, they decided to document some of the weirdness via podcast for the world to experience.

She’s the blonde one. Always up for an adventure, she’ll drag you to the desert, but instead of killing you she’ll show you murder shacks, and giant roadrunners! You can usually find her pounding copious amounts of coffee and singing Disney songs at the top of her lungs.

She’s the pink one. Quick witted and heavily draped in sarcasm, she is always delivering one liners that are pure gold. As her hair suggests, her personality is larger than life, but her heart is as black as her soul. When she is not binge-watching Netflix comedy specials you’ll find her crocheting her friends some kick ass sweaters and beer koozies.

Half German Shepherd, half Doberman, all good boy. He loves steak, walkies and barking. You can often find him keeping a close guard on his territory and peeing on his own paws. He’ll be 4 years old on October 25th!